The City of Lula spans across Hall and Banks counties and has a total area of 2.8 square miles. A railroad hub, Lula is well known for its annual Railroad Days Festival. The city has initiated a streetscape and downtown beautification effort. Projects include renovating the historic train depot into a community center and building a network of interconnected sidewalks in the downtown area. The completion of Veterans Park was also prompted by this effort. Several restaurants including At the Tracks, Amanda’s Farm to Fork and Napoli’s Pizza call Lula home. 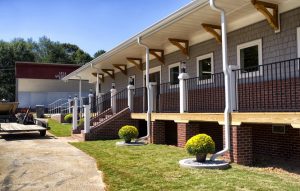